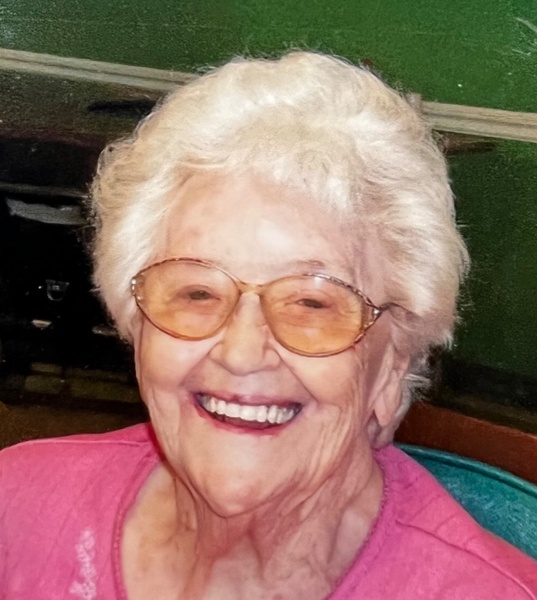 Adeline was born on December 21, 1927 in Fountain City, Tennessee, daughter of the late Henry Spence Mynatt and Hannah Clevenger Mynatt. Adeline was an active member of the Fairmount First Baptist Church and had served as choir director and youth Sunday School teacher over the years. She was retired from Lacy Mills after 35 years. She loved decorating for Christmas and especially loved working in her garden.

Besides her parents she was preceded in death by her son, Jimmy Reeves.

Funeral services will be conducted Monday May 30th at 1pm from the Fairmount First Baptist Church with Rev. Bryon Reeves and Mark Owens officiating. Burial will follow in Johnson Cemetery.

Thomas Funeral Home has proudly been entrusted with the care of Adeline Elizabeth Reeves.