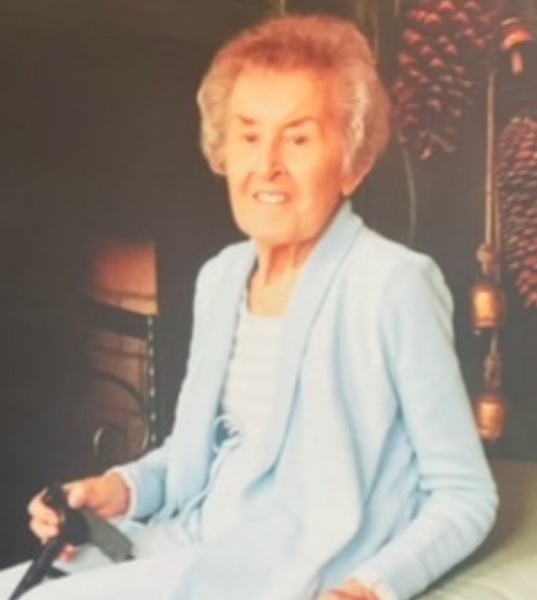 Barbara Lou Mittleider, age 92 of Adairsville, GA, passed away on Friday, April 8, 2022, at her residence.

Barbara was born November 24, 1929, in Nampa, Idaho.  After receiving her elementary and secondary education in Adventist schools, she married Ken Mittleider in 1949.

She dedicated her life to her family and facilitating the advancement of the Adventist advent message as an equal partner with Ken in many far-ranging endeavors.  These ranged from their first assignment with the Don Duncan evangelistic team in 1951 thru their retirement in 1996.

She and Ken comprised an ideal team where each complemented the other and without a doubt, with God’s blessing, together they far exceeded the accomplishments that could have achieved individually.  She understood the role of a minister’s wife and fulfilled it in a prototypical way.

In 1958, they accepted a call to the Washington Conference to lead an evangelistic team that focused on short-term in-depth series of meetings. The team consisted of three families who lived in mobile homes and moved every seven weeks as they held meetings across the Washington conference.  Her roles included playing the organ for the evangelistic series, creating each night a diorama artwork, and home schoolteacher.  Her focus was ensuring that everything was organized and in place and providing a “no holds barred” critique of the sermon and its presentation.  The transient life did have its moments, as on occasion, it was unsettling when her home (the trailer house) would pass her on the freeway doing greater than seventy miles an hour.

In 1969, she adapted, when Ken became president of the Wisconsin Conference, her responsibilities included the creation, organization and on a continuing basis, the administrative support for the Trust Department of the Conference and she was instrumental in one of the largest gifts to date, for the Conference.

In 1980 she and Ken became missionaries and spent four years in Zimbabwe.  These were politically challenging times and there were many exciting experiences in the mission field.

Upon their stateside return, in a time before e-tickets, email and texting, it was her responsibility to handle the travel logistics for the General Conference staff via teletype and phone.  She also handled all the household responsibilities as Ken’s duties caused him to travel at least 75% of the time (most of which was overseas).

In 1996 it was time for “retirement”, and she and Ken moved to the Calhoun, GA area to be close to family and built a home that they lived in for 26 years.

Even in “retirement” she stayed active, including the public relations function for the Calhoun church, a stint as the head deaconess, visitation and meals for those in need, continued involvement with evangelistic meetings in faraway places such as India and Madagascar, and canning or freezing the abundance from Ken’s Garden.

Barb is survived by three sons – Douglas (Julie), Jarold (Rae Nell) and Dennis (Cheri); one sister-Pat Campbell, eleven grandchildren, eighteen great-grandchildren, nieces, nephews and a host of friends around the world.  Her parents, four siblings and their spouses pre-deceased her.

She will be missed.  You may leave the family online condolences at www.thomasfuneralhomecalhoun.com

Thomas Funeral Home has proudly been entrusted with the care of Barbara Mittleider.

To order memorial trees or send flowers to the family in memory of Barbara Lou Mittleider, please visit our flower store.