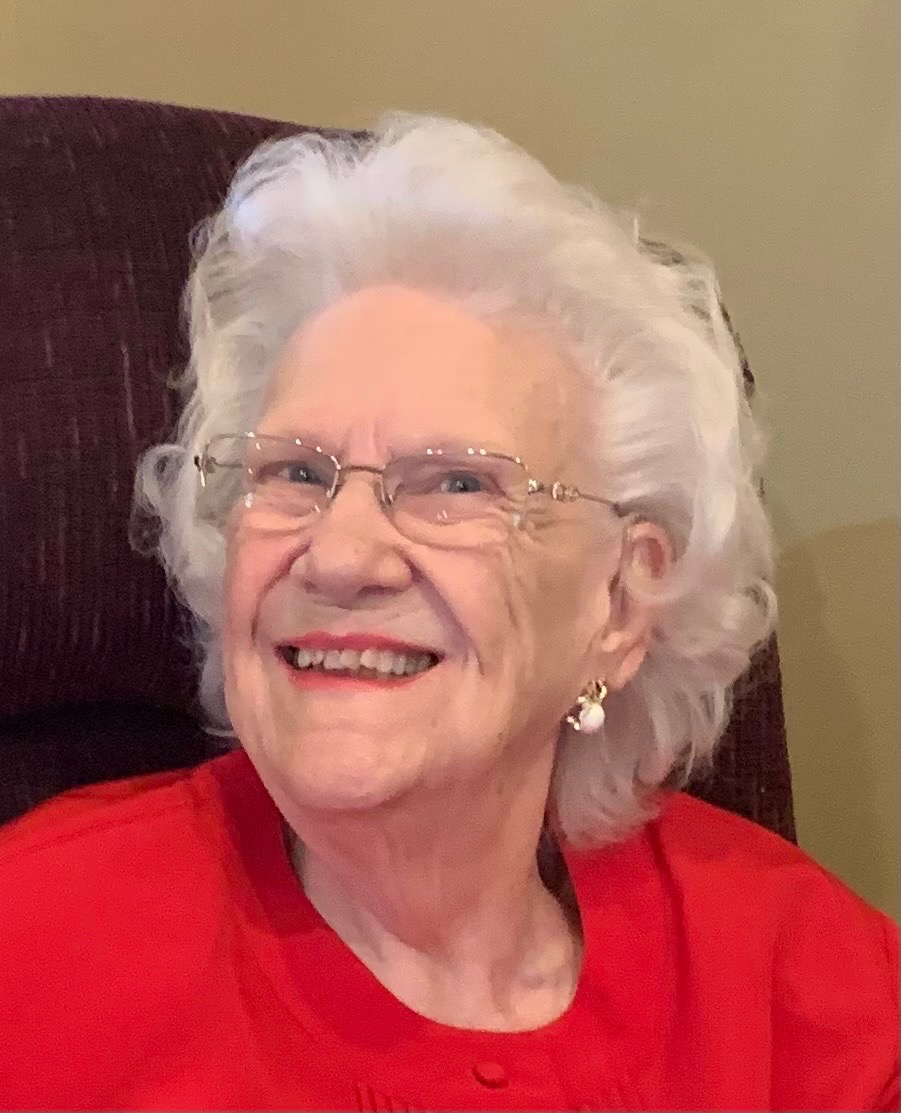 Elizabeth Hatch Newton, age 92, passed away peacefully at the home of her son and daughter-in-law on June 27, 2022. She was preceded in death by her parents, Enoch and Hilda Hatch; the love of her life, her husband, Elton Newton; and her brother, Kenneth Hatch, Sr.
She is survived by her daughter, Patricia "Pat" Jensen of Williamsburg, Virginia; her son, Elton “Andy” Newton (Michelle) of Calhoun, Georgia; her grandchildren, Madelyn “Maddie” Newton of Norfolk, Virginia; Daniel Newton of Pensacola, Florida; Kathryn “Katie” Rhea of Pensacola, Florida; John “Jack” Rhea of Atlanta, Georgia and numerous nieces and nephews.

A life-long resident of Gloucester, Virginia until two years ago, Elizabeth attended Ebenezer Baptist Church from two months of age until the church’s recent dissolution. Her love for her family and “old” Ebenezer was evident to everyone.  Always outgoing, she delighted in being referred to as “Queen Elizabeth” in her latter years. As a pre-kindergarten teacher, she was adored by her students and their parents.

Elizabeth enjoyed gardening, quilting, traveling, puzzles, her grand pets, crafts and spending time with her dear friends, the Birthday Girls. Being able to return to Gloucester last month to attend the Newton family reunion brought her much joy and peace.

Special thanks to her caregivers and neighbors in both Georgia and Virginia.

Elizabeth is returning home to Virginia where family and friends will gather for Visitation Tuesday, July 5th in Gloucester, Virginia.    A graveside service will take place at 3:00 on July 6 at Ebenezer Baptist Church Cemetery, Pinero.

In lieu of flowers, the family asks that expressions of sympathy be made via donation in memory of Elizabeth Newton to the Healing Hands Clinic, 136 West Belmont Drive, Suite 11-223, Calhoun, GA 30701 or to Calhoun First United Methodist Church Youth Fund, 205 East Line Street, Calhoun, GA 30701.

To order memorial trees or send flowers to the family in memory of Elizabeth Hatch Newton, please visit our flower store.