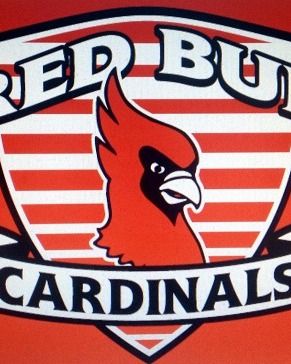 Freda was born in Floyd County November 24, 1947. Daughter of the late Lee Hunt and Julia Lou Moss Hunt. Besides her parents she was preceded in death by a brother, Larry David Hunt.

She is survived by her husband, Elvin Glass, her brother Rev. Michael Hunt and his wife Janice, and a sister, Delilah Baxter and her husband Brock. Freda loved her family especially her many nieces, nephews and cousins.

According to the Calhoun-Gordon County Sports Hall of Fame, Freda played basketball for the Red Bud High School Lady Cardinals, as they were then known, from 1961-1965. She broke the state record for most points scored in a single game -86 points- a record that still stands. The game, a 92-25 victory over Gilmer County, marked a 30-game winning streak for the Red Bud Lady Cardinals, eventually becoming state runner-ups. Freda scored 1,146 points in her senior season during her time at Red Bud and averaged 40-plus points per game during her career. She was the State Championship Most Valuable Player, and a member of the state-wide All-Tournament Team.

Freda played several sports. She played on many trophy winning softball teams, as well as Parks and Recreation volley ball teams. She played in tennis leagues until sidelined with knee problems. She also played in many team golf championships and was a member of the winning team of the 1997 Women’s American Cancer Society Golf Championship for the state of Georgia. She also clogged and taught line dancing in the community education classes for many years.

She returned to the Red Bud community to teach for 18 years and served as the high school girls’ basketball coach for 10 years. She was named a Teacher of the Year during her time at RBHS. After Red Bud High School closed its doors in the early 1990’s, Hunt made the transition to Gordon Central High School, where she taught until retiring in 1999.

In addition to her mark on the court, she has served the Red Bud-Gordon County community in a variety of ways. An active member of the Retired Educator’s Association, Hunt also worked in missions for her church, Pleasant Hill Baptist Church teaching Sunday School and Vacation Bible School. She also spent countless hours working with Women’s Builds for Habitat for Humanity where she also served as past-chairperson and member of the Broad of Directors and supported such local missions as SPLASH Gordon.

In 2015, Freda was inducted into the Calhoun-Gordon County Hall of Fame. In January 2021, the Red Bud Elementary School gym was named the Freda Hunt Gymnasium in her honor.

Services to celebrate the Life of Freda Hunt Glass will be conducted Sunday January 8th at 4pm from the Freda Hunt Gymnasium with Rev. Wesley Hunt and Rev. Jamey Hunt officiating. Music will be arranged by Andrew and Madison Wilfong, Ron and Faye Bentley, and Rev. Michael Hunt. Burial will follow in the Mt. Pleasant United Methodist Church Cemetery with Rev. David Peeler officiating.

The family will receive friends Sunday afternoon at the Freda Hunt Gymnasium from 2 until 4PM.

Thomas Funeral Home has proudly been entrusted with the care of Freda Hunt Glass.

To order memorial trees or send flowers to the family in memory of Freda Hunt Glass, please visit our flower store.