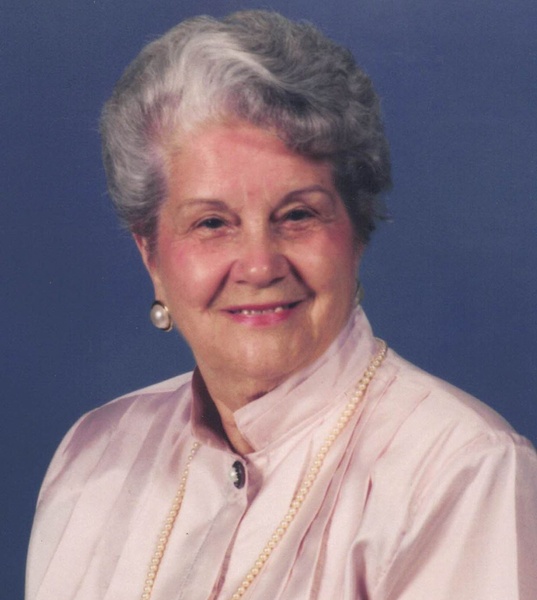 Until her move to Gordon Health Care, Geneva was a faithful member of Trinity Baptist Church. She was a life member of the Eastern Star, and Charter member of the American Legion and V.F.W. auxiliaries in Calhoun. She was past President of the Cobb County E.M.C. task force. She loved traveling, cooking, sewing, quilting, and doing intricate hand work.

Funeral services will be conducted on Tuesday, June 8th at 2 PM at the Chapel of Thomas Funeral Home with Dr. Larry Hibberts officiating. Donna Jackson and Faye Worley will have charge of music, and grandsons will serve as pallbearers. Burial will be in Chandler Cemetery.

The family will receive friends on Tuesday, June 8th from 12 PM until the funeral hour at 2 PM at Thomas Funeral Home.

Thomas Funeral Home has proudly been entrusted with the care of Geneva Dorsey Hulsey.

To order memorial trees or send flowers to the family in memory of Geneva Dorsey Hulsey, please visit our flower store.
Send a Sympathy Card