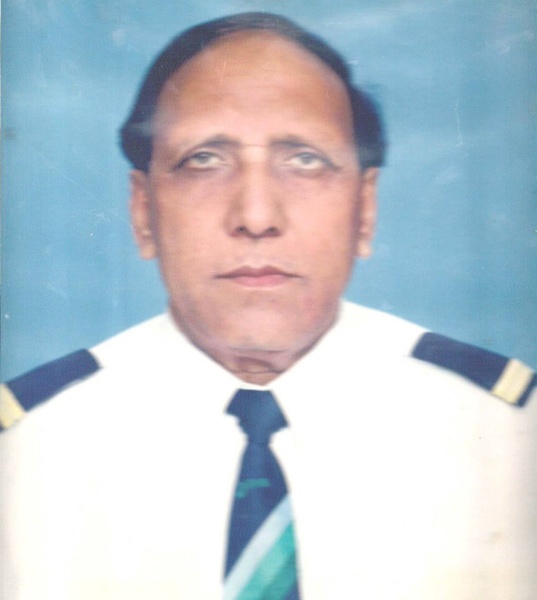 Mr. Sikander, son of Iqbal Bali James and Natho, was born in Lahore, Pakistan at Ravi Road on April 9, 1945. Mr. Sikander was a practicing Roman Catholic for his entire life. He was arranged to marry Maryam Fatima on November 1, 1970 in Lahore, Pakistan. Reverand Father Nathaniel officiated the wedding of Gulzar to Maryam at St. Joseph’s Church Lahore Cantt.. in Pakistan. Maryam’s parents were Gangu Masih and Esso. Gulzar and Maryam had a happy 50-year marriage.
Gulzar was the second oldest of his siblings.
Gulzar and Maryam had seven children: three sons, Saab Sikander, Saleem “Andrew” Sikander and Eric Sikander; and four daughters: Naseem Sikander, Tasneem Sikander, Razia “Mona” Sikandar, and Salomi Sikander. Gulzar was very proud of his children and worked to fund their educations. All of the children received Master’s degrees. He has five grandchildren: Mariam Saleem, Ilyas Saleem, Haroon Saleem, Alyaab Harrison, and Abneer Harrison.
Gulzar worked with Pakistan Railways for 5 years and then Pakistani International Airline for 36 years as a supervisor, where he was able to travel to England, France, Germany, Thailand, Malaysia, and the United States. In Pakistan, he traveled to Islamabad, Karachi, and Quetta. Through his travels, he was able to help his brothers find jobs abroad. In January 2017, Gulzar Sikander and his immediate family moved to Calhoun, Ga.
In Calhoun, the family became members of the First United Methodist Church. Gulzar became good friends with their church family. Gulzar and Maryam attended North Georgia Technical School.
He passed away peacefully at home with his family, just a few days after his 76th birthday.
Funeral Services were conducted on Thursday, May 6, 2021 at 2 PM at Thomas Funeral Home with Reverend Ed Archer officiating. Interment will follow in Chandler Cemetery.
You may leave the family online condolences at www.thomasfuneralhomecalhoun.com
Thomas Funeral Home has proudly been entrusted with the care of Gulzar Sikander.

To order memorial trees or send flowers to the family in memory of Gulzar Sikander, please visit our flower store.