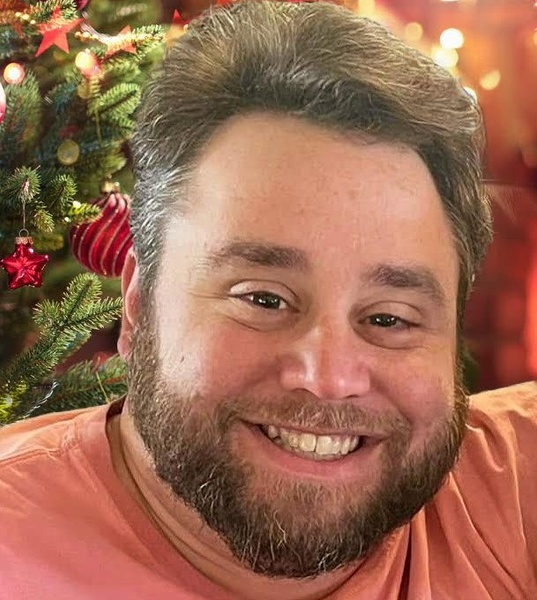 Jesse David Evans, a loving husband, father, son, and resident of Calhoun, Georgia, passed away unexpectedly of natural causes on December 16, 2021 at the age of 34 while resting peacefully in his home.

Jesse was born in Pensacola, Florida on July 29, 1987 to Louie and Rosa Evans. He attended Calhoun High School where he was very involved in the theater program and band. He and his wife met in high school and married on September 22, 2012. On March 18, 2016 and November 2, 2020 respectively, he welcomed his two beautiful daughters, whom he loved and adored with his whole heart.

Jesse was a devoted husband and wonderful father. He enjoyed Atlanta Falcons football, playing video games, and watching pro-wrestling events. Jesse had a passion for all sports, but especially football. He could name players, statistics, and call plays during games as if he were a professional ESPN broadcaster. Video games were always something that Jesse enjoyed- even at a young age. He spent many evenings playing a variety of video games online while enjoying his favorite beverage and listening to a variety of music. Jesse also had the opportunity to attend several pro-wrestling events with his wife and his friends. In addition, Jesse thoroughly enjoyed spending time with his friends and family. He particularly enjoyed spending time at the beach, by the pool side, and engaging in water sports (jet-skiing) at the lake.

Jesse had a deep passion and admiration for superheroes of all types often citing comics and referencing movies. Sometimes, you would even catch him in a Batman onesie. Much like his favorite superheroes, Jesse was always making people smile or laugh- both those he loved and cared for or even strangers. In the eyes of his wife, friends, and family, Jesse was able to live out his passion for superheroes as he embodied many of their qualities and attributes. All who had the opportunity to meet or interact with Jesse will miss him deeply.

Thomas Funeral Home has proudly been entrusted with the care of Jesse David Evans.

To order memorial trees or send flowers to the family in memory of Jesse David Evans, please visit our flower store.