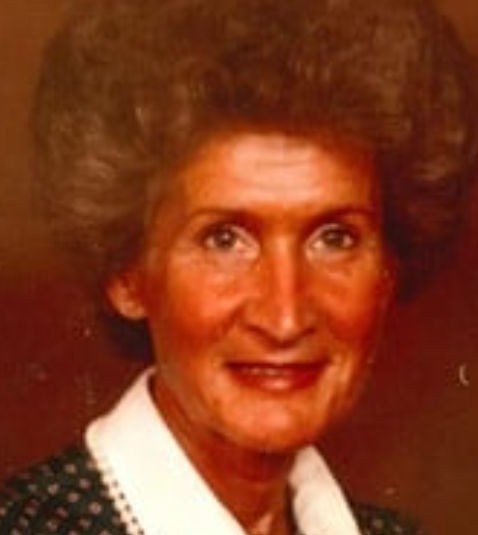 JoAnn Erwin Baxter, 92, of Myrtle Beach, South Carolina, born in Calhoun, Georgia to Mark and Nellie Erwin on January 17, 1930 died on February 11, 2022 in Myrtle Beach, S.C. She graduated from Sonoraville High School, attended Berry College and graduated from the University of Georgia with a double Major of Home Ec and Chemistry. Upon graduation from UGA in 1952 she moved to Ringgold first as a science teacher and the rest of her career as a Home Ec teacher at Ringgold High School. She was active in the community and at the Ringgold United Methodist Church where she was a member of the F.O.B. Sunday School Class.
In 1953, JoAnn married E.L. “Bud” Baxter and made Ringgold her home. Although Ringgold was forever home, in 2005 Bud and JoAnn moved to Myrtle Beach, S.C. to fulfill the favorite role of their lives as grandparents to Greer and Blair. From Bud sitting in the car-rider line at the girl’s school to JoAnn opening her home to a host of the girl’s friends who called her “Nana”, Bud and JoAnn were in their element. JoAnn was also a rabid Dawg fan. She was at the game when Georgia won the 1980 National Championship and lived to see the Dawgs win it again. Her children always knew where to find her in the stands at their sporting events.
She is preceded in death by her parents, her husband and her brothers, Maurice (Margaret) Erwin and Bob (Lynda) Erwin. Also, Bud’s siblings and their spouses; Louise, Grace, Hugh Don (Valore), Nesbitt (Grace), Lawrence (Mary), Lewis (Faye), John (Jane), Jeanie (Roy) Hawes and Doris (John) Harris. She is survived by her daughter, Sue Alese (Dennis) Mason of Ringgold, GA.; son, Doug (Susan) Baxter of Myrtle Beach, S.C.; brother, Nevin (Anita) Erwin of Calhoun, GA,; granddaughters, Greer (Chandler) Roy, of Columbia, S.C. and Blair (Madison) King of Columbia, S.C. and her beloved greats, Evelyn-Drew Roy, and Brooks Roy of Columbia, S.C.; several nieces and nephews.
Several months ago, JoAnn wanted ice cream. She was told someone would run to the store because the ice cream in the freezer was “passed it’s expiration date”. JoAnn said that she was “passed my expiration date, so give me the ice cream.” She was ready and left her family with the comfort of knowing.
Plans for a Celebration of Life will be announced at a later date. You can honor JoAnn’s memory with a gift to Ringgold United Methodist Church Building or Haiti Fund, 7484 Nashville St. Ringgold, Georgia.
This announcement is made for the family  by Thomas Funeral Home.
To order memorial trees or send flowers to the family in memory of JoAnn Erwin Baxter, please visit our flower store.