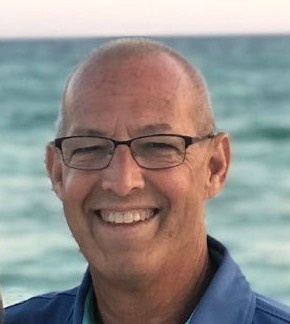 John Robert Barton, age 65 of Fairmount, GA, passed away on Sunday, September 5, 2021 at his residence.

John was born on July 1, 1956 in Atlanta, GA, son of the late Lawrence Neal Barton, SR and Sara Geneva Blankenship Barton. In addition to his parents, John was also preceded in death by his father-in-law, Carl Drew. John was the assistant store manager for Wal-Mart for over 33 years. He was a member of Sonoraville Baptist Church where he served as a Deacon. He enjoyed vacationing at the beach and never met a stranger. John loved his family dearly.

Honorary Pallbearers are: Deacons of Sonoraville Baptist Church and Associates of Wal-Mart.

In lieu of flowers the family request donations be made to the Cancer Indigent Care in memory of John at AdventHealth Gordon Foundation, P.O. Box 304, Calhoun, GA 30701 or to the Sonoraville Baptist Church Endowment Fund at 262 Old Fairmount Hwy, SE, Calhoun, GA 30701.

Thomas Funeral Home has proudly been entrusted with the care of John Robert Barton.

To order memorial trees or send flowers to the family in memory of John Robert Barton, please visit our flower store.