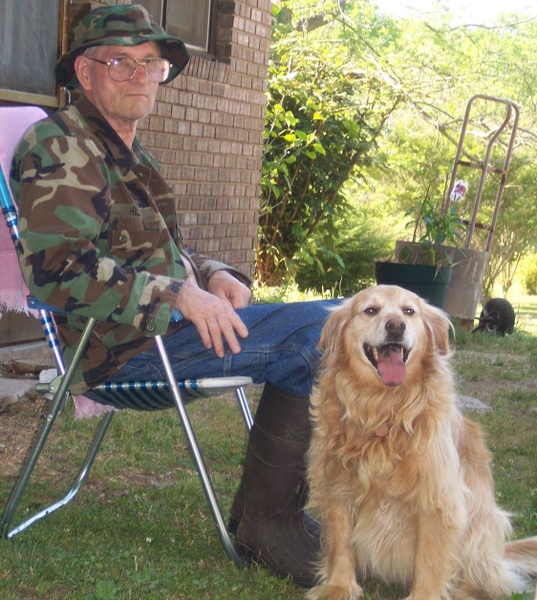 
Larry was born on January 2, 1947, in Gordon County. He was the son of Lawrence L. Wright and Coy Butler Wright. He grew up in the Plainville-Scottsville community, moving to Floyd County in 1981. He attended Plainville Grammar School and Calhoun High School. During his life, he worked at Brown Laundry, Trend Mills, Inc., and Fafnir Bearing until becoming disabled.

Larry was married to Laura Goswick Wright in June 1973. They were blessed with 48 years together. They had two beautiful daughters and five amazing grandchildren.

Larry loved the outdoors and anything to do with it. In his younger years, he worked with the Boy Scouts, taking them on camp outs, cave adventures, and many other activities. He enjoyed spending time on his ponds and at his creek. He had a green thumb and enjoyed growing all kinds of shrubbery, sharing cuttings from his bushes with other gardeners. His biggest enjoyment, however, came from spending time at the creek with his grandchildren, sometimes joining them in the creek and looking for special rocks and stones, or even making mud pies.

Larry is survived by his wife, Laura of the residence, his daughters Jennifer Howard and her husband Daniel, and Jessica Jones and her husband Jerry. He was preceded in death by his beloved grandson, Gabriel Howard, in May 2021. He is also survived by the grandchildren that kept him going: Dakota Jones, Damien Shepherd, Elisabeth Jones, and by his little “smiley” or “shorty” Khloe Howard. Larry’s sister Joyce Anne Lingerfelt, whose visits and talks he always looked forward to, also survives him. Larry is also survived by beloved brothers-in-law, nephews, nieces, and cousins.

The family will receive friends from 1 until 3pm Thursday prior to the funeral.

Thomas Funeral Home has proudly been entrusted with care of Larry William Wright.

To order memorial trees or send flowers to the family in memory of Larry William Wright, please visit our flower store.
Send a Sympathy Card