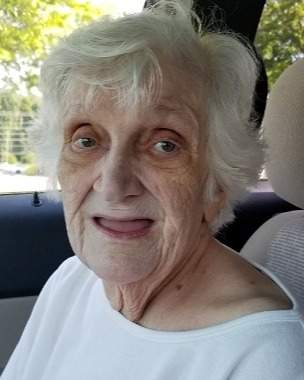 Patsy was born on March 15, 1937, in Adrian, MI, daughter of the late Ray Edward Wilt and Phillis Knoblauch Wilt. In addition to her parents, she was also preceded in death by her husband, James O’Nan; and sister, Deborah Wilt Stevens. She was a member of Christ the King Lutheran Church in Dalton, GA. Prior to her retirement Patsy worked as an LPN.

The family will receive friends on Tuesday, September 6, 2022, from 1 PM until 3 PM at Thomas Funeral Home.

Funeral Services will be conducted on Tuesday, September 6, 2022, at 3 PM from the Chapel of Thomas Funeral Home with Reverend John Rossing officiating. Interment will follow in Haven of Rest Memorial Park.

Thomas Funeral Home has proudly been entrusted with the care of Patsy Ann Wilt O’Nan.

To order memorial trees or send flowers to the family in memory of Patsy Ann Wilt O'Nan, please visit our flower store.