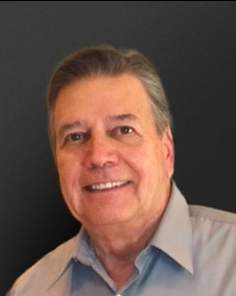 Richard was born on March 24, 1939 in Philadelphia, Pennsylvania to Catherine Schneider Surdykowski and Theodore Surdykowski.  He served in the Coast Guard for eight years and received his undergraduate degree from St. Joseph’s University in Philadelphia, PA.  On November 17, 1962, he married Elizabeth Ann (Betty Ann) Reilly.  They moved to Calhoun, Georgia in 1971, where they raised three sons, Richard Jr. (Dick), Paul and Andrew.

Richard spent his entire career working in the textile/carpet manufacturing industry.  He was one of the founding members of St. Clements Catholic Church.  Richard enjoyed gardening, fishing, and was always willing to lend a helping hand to fix a car or other mechanical issue or project.  He and his sons enjoyed many deep-sea fishing trips and they even caught some fish on a few of the trips.  Betty Ann enjoyed these trips as well since she got to spend time with her family, but also had some peace and quiet while the boys were out fishing.  He was a man of few words and a dry sense of humor, which will be missed by his family and friends.

Richard was preceded in death by his father, Theodore, and his mother, Catherine. He is survived by his wife Betty Ann, his three sons, Dick (wife Tracy), Paul (wife Heather) and Andrew (wife Paula), his younger twin brothers Joseph and Jimmy, and seven grandchildren, Richard and Caitlyn (Dick and Tracy), Jake, Ben and Drew (Paul and Heather), and Reilly and Laine (Andrew and Paula), brother-in-law, Phil Reilly, and sister-in-law, Mary Hentschel and several nieces and nephews.

A funeral mass will be held at St. Clements Catholic Church on Friday, September 16 at 12:00 p.m. (875 Highway 53, Calhoun, Georgia) with burial following the mass at Fain Cemetery.  The family will receive friends on Thursday, September 15th from 6:00 p.m. until 8:00 p.m. at Thomas Funeral Home.

You may leave the family online condolences at www.thomasfuneralhomecalhoun.com. The family kindly requests that Owens Florist direct all flower arrangements. You may contact Owens Florist at 706.629.4576.

Thomas Funeral Home has proudly been entrusted with the care of Richard Bernard Surdykowski.

To order memorial trees or send flowers to the family in memory of Richard Bernard Surdykowski, please visit our flower store.