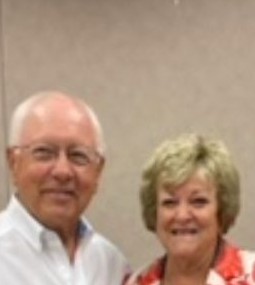 Sandra was born on October 2, 1946 in Gordon County, GA, daughter the late Verlon Dixon and Bobbie Kelly Dixon. In addition to her parents, she was also preceded in death by: one sister, Ruby Crump; and father-in-law, Milton M. Knight, JR. Sandra was a lifetime resident of Gordon County, GA and member of The Church on the Hill in Dalton, GA. She was a graduate of Red Bud High School and Reinhardt University.

The family will receive friends on Saturday, April 2, 2022 from 5 PM until 8 PM at Thomas Funeral Home.

Funeral Services will be conducted on Sunday, April 3, 2022 at 2 PM at The Church on the Hill (1035 Abutment Road, Dalton, GA 30721) with Reverend David Yarborough officiating. Interment will follow in Fain Cemetery.

Thomas Funeral Home has proudly been entrusted with the care of Sandra Dixon Knight.

To order memorial trees or send flowers to the family in memory of Sandra Dixon Knight, please visit our flower store.
Send a Sympathy Card